Hunger Is Not a Disease

Click here to purchase
A HEALER’S HANDBOOK BY THURMAN GRECO 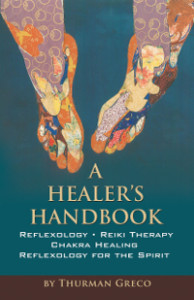 In “A Healer’s Handbook”, Thurman shares experiences and observations based on years of practice.  She focuses on the spirituality of the different body systems, both physical and energetic.

This book offers extensive information on condition and illnesses encountered by healing practitioners.  The spiritual connection is explained in every health issue because they reveal a person’s deeper layers, essential for healing.

Healing protocols, helpful lifestyle changes, and affected chakras build on one another.

With information found in this book, you will offer healing to the whole person. 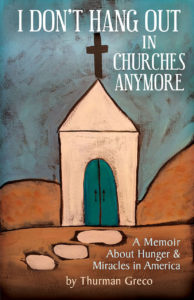 Thurman Greco’s “I Don’t Hang Out in Churches Anymore” will touch your heart as she  relates both the joys and hardships of contemporary American life as seen through the eyes of a small town food pantry.  This is the story of how one woman in America found God.

In  truthful, upbeat, intimate language, these prayers relate events and stories that may sound familiar to you.  They are the stories of your neighbors.  These experiences reveal joy, love, laughter, pain, surprise.

Do you believe in miracles?  There are stories in these prayers that can be interpreted no other way. 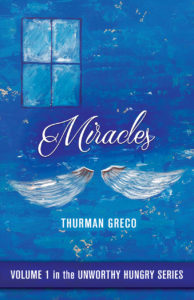 Miracles, like beauty, exist entirely in the eyes of beholders. Naturally occurring events, they happen all around us like the wind, rain, and sun outside the pantry room. We only need to see them for what they are. They happen when we open our eyes, ears, and hearts to the possibility that they exist at all.

Pantry miracles never change much. Except, they do. They change how we see the pantry and how we belong in it. These humble events change our inner lives. We become responsible for ways to overcome the hunger and homelessness we face.

Pantry miracles remind us it’s never too late to know ourselves and understand the talents we were born to use in our lives. 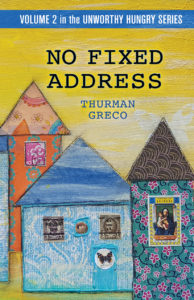 “No Fixed Address” is dedicated to those in our country with no roof over their heads. See your neighbors, your friends, your relatives, in new ways as they describe their daily lives in their own words.

The people in this book reveal themselves to be brave and fearless as they go about their activities: work, laundry, children’s homework, appointments. Mostly they live like the rest of us. They just have no roof over their heads 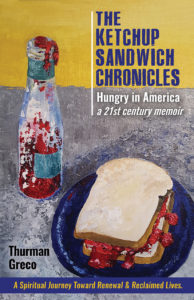 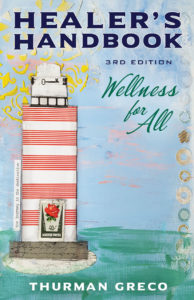 My mission is to inform people about hunger in America by writing articles, a blog, and books. 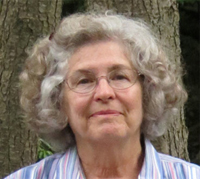 I live in Woodstock, New York.  My life – all 70+ years of it – has been a journey down a path toward a food pantry serving thousands of hungry people monthly.  I feel this because, in this pantry, I’ve been using every life skill

Learned in a part of Texas that looked like it came right out of the movie set of “The Good, the Bad, and the Ugly” where I spent much of my childhood

Learned in being a mother as I raised two daughters

Learned in getting acquainted with hunger in Mexico and Venezuela

Learned in becoming fluent in a second language, Spanish

Learned in becoming a healer

Learned in becoming a writer

Learned in running a successful business.

But, I didn’t learn all the skills necessary to run a pantry.  In the pantry I got up close and personal with the politics of hunger.

As the coordinator of the Good Neighbor Food Pantry during the time that the economy tanked in 2008 and beyond, I, along with many volunteers, served groceries to people as the weekly shopper census rose from 25 people weekly to 500 people weekly.  This chronicle explores those events.  In order to do justice to this saga, I learned facts, figures, issues, motivations, outlooks.

Melissa Petro recently said it all:  “Thurman, you have the cred.”

Thank you for joining me on this journey.
Peace and food for all.

“The most important and generous thing any of us has to give as a writer is our own voice, how we experience our lives.” – Hal Zina Bennett

Donate to feed the hungry

Whenever possible/practical I reviewed the conversations with people who could help reconstruct events, chronology, and dialogue.  Based on these reviews, some of the incidents as well as certain events were compressed, consolidated or reordered to accommodate memories of everyone consulted.  All dialogue is as accurate as possible to actual conversations that took place, to the best of my memory.  The names of some of the characters (mainly the shoppers) were changed.  The names of some of the characters were omitted.

This memoir was edited and rearranged over many drafts in an effort to be as accurate as possible.  If you read a sentence, page, paragraph or even an entire blog post that you feel is outrageous or untrue, it is nonetheless very real.  Everything written in this book/blog actually happened.  It’s my story.

Thanks for sharing this journey with me.

Peace and food for all
Thurman Greco

This book/blog is dedicated not only to the shoppers at the Good Neighbor Food Pantry in Woodstock, NY, but to the people who shop at food pantries all over the country.  You are good, decent people working hard to survive against all odds.  To me, you are the face of God.

This book is also dedicated to all the volunteers:  those from the congregations, as well as the community.  Without you, I would never have had a story to tell.  Thank you.  I haven’t had so much fun in 40 years.

Peace and food for all.
Thurman Greco

“Some of the most important relationships we chart, from which our spirits profit the most, are those to which we have the strength to say no.”
-Sylvia Brown

Many people helped write this memoir. The real creators of this book are the wonderful people who shopped at the Good Neighbor Food Pantry week after week after week. These individuals and families offered us all an opportunity to heal and grow. Without you, none of us would have even had a reason to be in the building.

The Hunger Prevention Nutrition Assistance Program offered needed guidelines to ensure that people did, indeed, receive the food they needed to live and function in this culture. Thank you for your mandate of a minimum 3-day supply of food for each and every person. Thank you for insisting that pantries offer client choice. Thank you for having policies insisting on fresh produce and frozen foods. Thank you for your commitment to nutritious foods.

I extend my most heartfelt gratitude to everyone in the Woodstock Interfaith Council and the members of the Building Committee of the Woodstock Reformed Church for giving me the strength to continue feeding the hungry at the pantry until I knew in my soul that the pantry was going to be around “for good.”

And, I offer a sincere “thank you” to the residents of Woodstock and elsewhere who showed your support of the mission by sending checks, giving fundraisers, offering verbal support, and donating money to the Sunflower Natural Foods Market every month to honor the pantry. Whenever times were tough, your generosity and support reminded me that feeding the hungry is, indeed, the right thing to do.

Thank you Richard Spool, Rich Allen, and Guy Oddo for putting Miriam’s Well together. Thank you to Prasida Kay for making all those trips in Miriam’s Well. Those were wonderful, beautiful, delicious days that I’ll never forget.
All of our pantry volunteers, over the years, offered me much spiritual growth. A special thanks goes out to each and every one of you. All of you gave 110%.

Thanks goes to Barry, who stuck by me with very few complaints.

He went to the dump weekly in addition to the trips made in Vanessa by myself and the other volunteers.
He went to Hurley Ridge Market for produce every Tuesday morning and brought six to ten boxes of beautiful produce, bread, and pastries to the pantry.

He helped stock shelves when the Anderson crew was unavailable. He drove me to Latham weekly for many months on Fridays and helped load the 1000 or so pounds of canned/boxed goods which I ordered on the Wednesday before.
He occasionally participated in the monthly food caravan, helping to bring the food over from Kingston.
He made sure Vanessa always had gas, regular oil changes, inspections, needed repairs, etc. He never once complained about these maintenance costs.

He was a strong fan of my efforts. However, his support was definitely not 100%. At one point he told me that my job was impossible. “Not even a Marine Drill Sergeant would take on the job of coordinator at the Good Neighbor Food Pantry.” He said once with feeling.

He finally put an offer on the table: The day I walked off the job, he would finance a 90-day trip, wherever I wanted to go.

“Take the Prius and go. Go see the kids. Go to Florida. Go anywhere you want. Anywhere. Ditch the phone so they can’t call you.”

I chose this book instead. What a wonderful gift!

He was also strongly against a public meeting with the pantry denigrators. He felt I shouldn’t participate in the planned spectacle. Once he extracted a promise from me that I wouldn’t meet with them, he prepared a special treat for me of homemade cream puffs. (My favorite – totally made from scratch.) They were delicious!

I took some of them to a board meeting and offered them to all the board members. They devoured every one.

Life does have its little humorous moments. Right?

REFLEXOLOGY FOR THE SPIRIT

The blog, www.reflexologyforthespirit.com, is a blogged book. It has information for everyone seeking a healthy lifestyle. It’s focus is the spirituality of health. Used primarily as a textbook for my reflexology students, it offers valuable information for the reflexologist ready to move beyond mechanical reflexology to a more spiritual level. ENJOY!